So, after riding 275 miles through a driving rain storm in fucking August it was time to hunker in a cheap hotel in Eau Claire, WI. Yes, I’m in Wisconsin. Let me tell ya how I got here and what I seen. I seen some stuff, man. Lots of stuff.

In case you weren’t aware, the entire country east of the Rockies is experiencing a serious weather shit storm. The cold wet type, unlike the hot style Oregon is getting right now. I’d rather be hot than cold, but don’t really have a say in the matter.

Last I typed it was time to head out of Calgary and get the trip headed in an eastward direction. That happened. Since leaving Calgary the 27th, it’s been a smooth re-immersion into the flow of the trip until the rain part.

Went to Drumheller, AB to check out the Royal Tyrrell Museum, home of one of the best dinosaur fossil collections in the world. 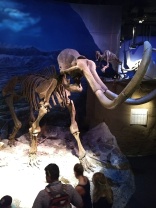 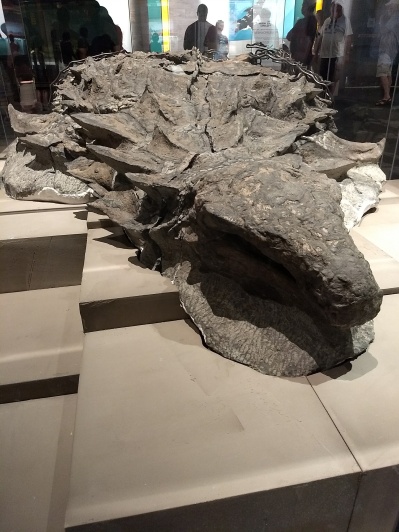 Of all the dinos on display, this guy was the one I was most excited to see.

This was followed by a night at Red Rocks Coulee in SE Alberta, known for it’s stunning sunset/sunrise views. Which, of course, meant that it was well populated by amateur photogs with huge cameras. And me with a cell phone. Use what ya got, I guess. A overly familiar rabbit decided to hang out a bit till he freaked and bolted as rabbits do. 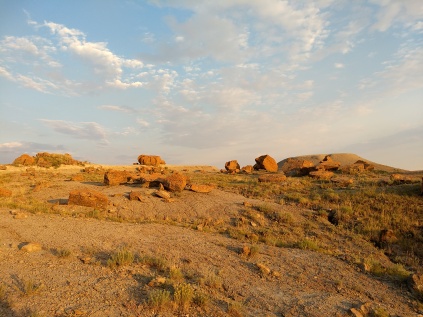 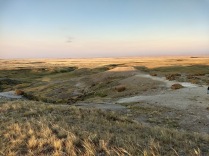 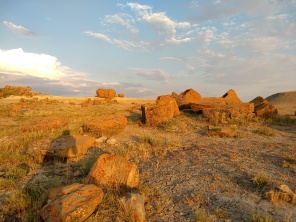 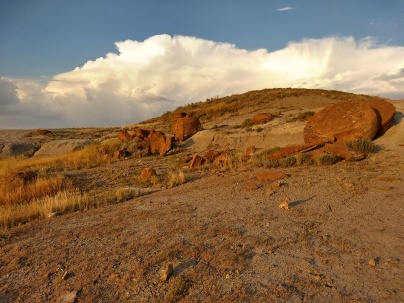 Blasted across the border in the early AM and had a good chat with some riders from Brooks, AB who were headed to an off-road rally then Sturgis for some pre bike week shenanigans. It was striking how quickly the landscape changed after hitting the border. Much more land use and farming. Got used to being very alone in a natural setting and it changed fast. Not for long, however as I took off down another gravel road to the Missouri river to camp signs of civilization dwindled. Yet another stunning location to camp right on the river along the Breaks. All I had hoped for and did my memories of images in National Geographic as a kid justice. Had a bit of rain in the morning which made it very challenging to get back up and out of the canyon. Just like the sign said. Fuck signs. Well, except this one 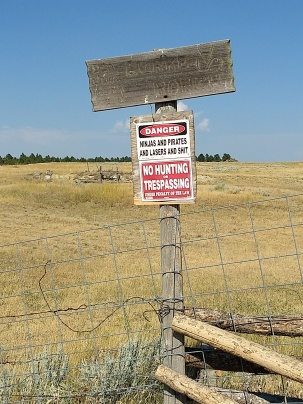 Thankfully, I only dropped the bike once coming up. Had to constantly scrape the mud off the front tire as I rolled it downhill to a flat spot to give it another go as the shit was so sticky it would clog up under my fork brace and stop the wheel from rolling. You non-riders have no idea how much stupid fun you miss out on in a car. 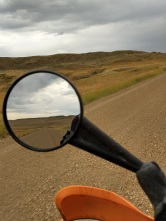 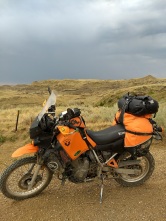 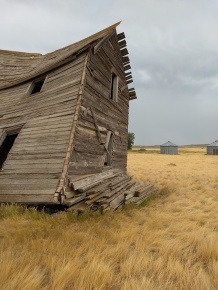 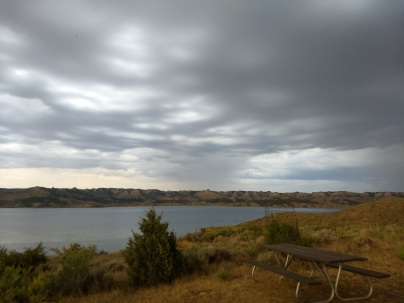 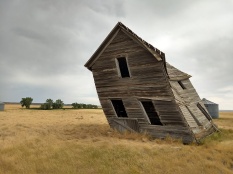 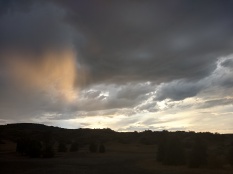 Yes, this is going to be a photo heavy post. So much is seen each day it’s impossible to remember, much less describe, the bulk of it. That’s one of the biggest things with riding long days, it’s live stream of consciousness. A 12 hour day covering 300-500 miles gets your full attention. Daydreaming doesn’t happen much based on the need to be attentive to riding so it’s constant input. I’ll remember some cool thing from seemingly a few days ago and then remember it was that morning. The next post will be more descriptive of places and things, this one’ll be a travelogue.

Ripped across eastern Montana on secondary roads keeping traffic low and giving a good opportunity to look around at stuff. The old glaciers really did a job on the place back in the day. Hitting North Dakota started with Ft. Union Trading Post and ended 2 days later 50 feet under the ground in a nuke missile Launch Control Center I had to quickly run up out of as the elevator motor had a little electrical fire. The last one was pure luck, I saw reference to it on a free state map and as a child of the Cold War it was sweet to see some of the infrastructure that was a part of that horrifying period. Made this current “terrorist gonna blow up mah town” shit look absolutely fucking stupid.

Also stopped at the tallest structure in North America, a TV tower. 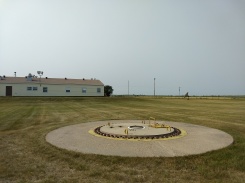 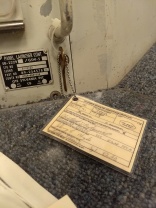 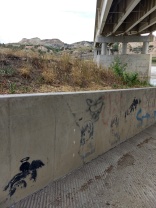 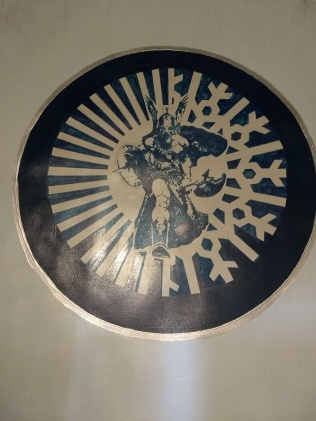 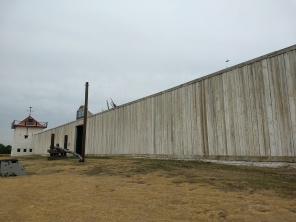 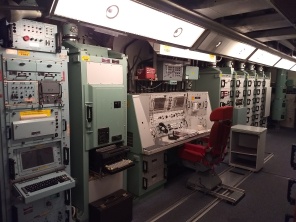 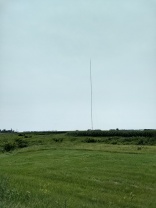 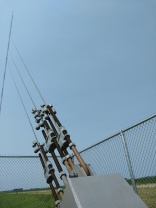 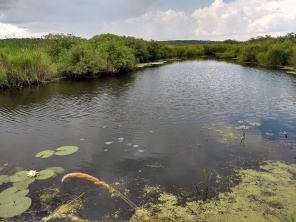 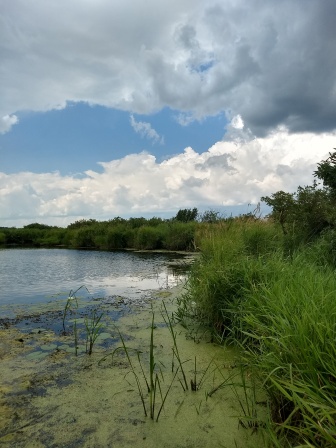 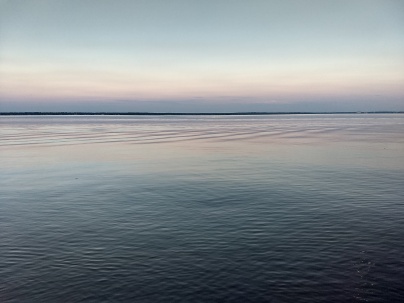 Got to Bemidji and was surprised by what a cool town it is. Well worth checking out. Spent the night in an old school lakeside resort and loved it. Except for the continued lack of sleep. Ended up cutting my route the next day short because I was weaving around on the road barely awake. Wished I could have pushed further because the weather was decent and would have kept today’s miserable rain soaked shiver feast shorter. Folks along the way have been, for the most part, very friendly and nice. Wisconsin, not so much. Not everyone has been a dick, but it’s been noticeably less friendly and surly. Just sayin’. Got to Eau Claire, warmed up with a nice hot shower, laid out the gear for drying and got to typing this.

Off to Hartland, WI tomorrow to visit cousins and other relatives long ago put to pasture by my parents to hang out and connect. Really looking forward to it.