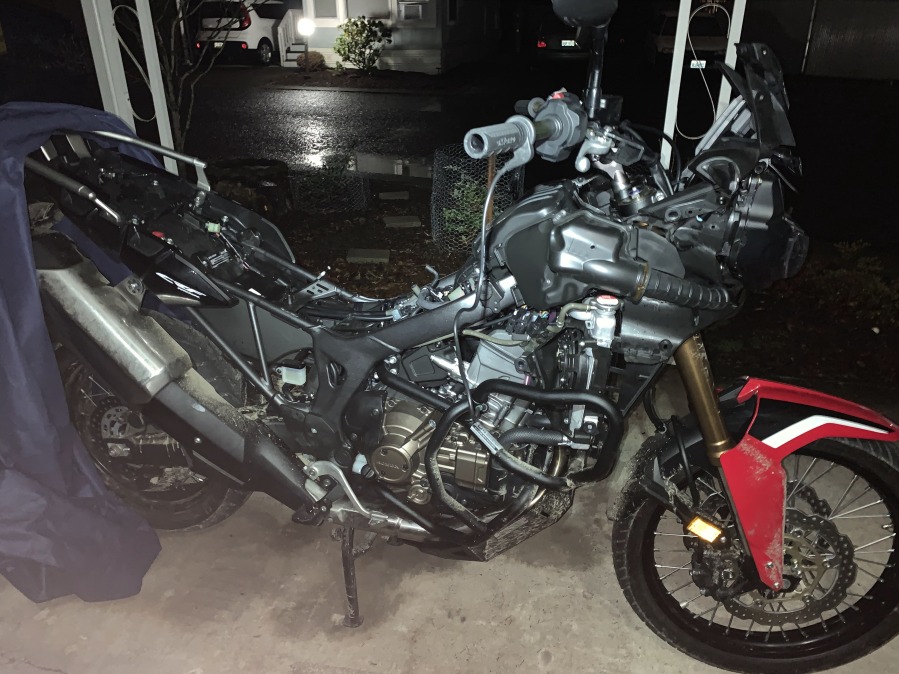 Of the many world changing effects brought about by a random person in China eating under-cooked bats, this blog getting some attention is the most unbelievable. Or not, I’m just here to entertain myself. And you as a sweet side bonus.

Since the last post, much (non-COVID-19) stuff has come to pass. Volunteering as a ride sweep at the Touratech Rally West a monthish after the last post was, by far, my best group moto experience and just a solid good goddamn time. Being a ride volunteer allowing for a more immersive and “insider” experience which makes this kind of stuff all the more fun for me.

The rally is held each year in Plain, WA, 10 miles north of Leavenworth and is the largest ADV Rally in the U.S. 10-12 formally lead routes area available and depending on length and difficulty, may run multiple times a day. Riders can ride anything they want in the area but many choose the lead rides as we do put a good deal of effort into making them variable and fun. Good views were not difficult to find.

The weekend before was spent scouting routes and developing familiarity with the rides each of the volunteers wanted to participate in during the rally. I ended up scouting a couple mid-distance intermediate routes and the torture route, a 205 mile advanced level ride. After my ride buddy and I got back 11.5 hours later at 10:00 PM we figured it would be a good idea to whack a few miles off of that one, ended up at a more realistic 157 miles. Perfect. Being a glutton, I chose to sweep the longest and hardest 2 routes of the rally, the Pig got a solid workout, and I only ate it hard once!

Volunteering charged me up for more of the same, signed up to do it again this year if it’s not cancelled. If it’s happening, go. Seriously, it’s a fucking hoot and after the quarantine it’ll be an even bigger party.

There was a good deal of frustration riding in the rough tho, as I felt I’d hit a wall with my abilities, not feeling like I was getting any better and had done everything to the KLR to boost it’s performance. Chatting during a slow spell with one of the Touratech guys who was leading rides, I mentioned what was up and he had the same issue and came to the conclusion he was out-riding the bike, so got a KTM 950 Adventure and was back in the groove. Just needed a bike capable of growing into again.

Taz is (was) a brand spanking new 2018 Honda Africa Twin DCT. Over the past year, every time I saw a Twin, I asked the rider their thoughts on it and most all the comments reinforced my high opinion on the thing. What sold me was being able to demo a manual version at the above mentioned rally. They had the new KTM 790 Adv R as well and I rode both on the same 15ish mile dirt loop they had laid out for demos. The KTM felt very competent, but sterile. Nice ride, but not 15k nice. For poor white trash such as myself, anyway.

On the other hand it took about 30 seconds after getting going on the Twin to fall for it. The second I wrapped it up in 2nd gear and the thing barked out a sharp “Fuck’n A, Giver!” tone I was hooked. Having one of the Honda Reps behind me did nothing to discourage rallying the thing hard on the test ride. Rode as hard as I felt capable and it was there the whole time encouraging me to push it harder, fucking sweet feeling.

That kicked off the hunt which lead me to RideNow SoCal in Vista, CA, half way between San Diego and LA, because they had the bike I wanted and wanted to get it the fuck off the floor. I ended up paying 2k less than any place in the NW was offering and got to break it in on the 48 hour 1100 mile ride home. In November. Thanks to all the travel I do for work, the flight and hotels were paid for with reward points, how much more can a sign point to go for it?

Now it’s got $2500 in accessories and upgrades installed along with 4k miles stacked up during a winter in the PNW. Each time I ride this machine it amazes me, after 4 years and 50k miles flogging an ’05 KLR to get every bit of performance out of it, the Twin is smooth, has great power, the electronics are simple and very effective, and the DCT is crazy. It wants me to ride it like a criminal.

My only real issues are:

The top speed, which is just me needing a tuned up SV 650 or MT-7, as it’ll hit 115mph, plenty for most situations except the “I WANNA GO FASTER!!!” situation. Speed is very focusing, I like to be more than 115mph focused on occasion. What can I say, after 20 years fighting wildfires, mountaineering, ice climbing, scrambling and generally hunting for The Flow, suburban shit doesn’t cut it.

The mileage, which is decent unless you spend your #coronacation blasting all over Hell’s half acre is in the 45 mpg+ range. Putting about in the boonies returns 70ish mpg according to the dash. The KLR got really good mileage, but topped out around 75 and was no fun running that hard.

This helps extend the range when necessary:

The paddle shifters are not quite in the right place for mindless flicking, sometimes you end up hitting the Traction Control trigger instead of an upshift due to the vagueness of the location and shape of the shifter.

That’s it, otherwise it’s totally tits. Having the chance to figure out all the kit and such on the KLR made it easy to know what I wanted to do to Taz to make him mine.

Taz is the most specifically dialed for me thing I’ve ever had. Fine tuning continues and after the last major upgrade arrives here in a few weeks (high fender kit) the only other potential of note may be progressive springs front and back, but the suspension seems to do just fine so far. It’s been all over the SW Washington/NW Oregon mountains and had a spin in the desert out of Bend a couple weeks ago.

Well, there ya go. Hope yer having a sweet COVID spring and are raring to get the fuck after life the second the nannies kick the door open.