This is now home.

To be more specific, this is where I now live through the duration of my contract. Or at least till next Monday when I take a pass/fail cert for the company I’m working for here. On that topic I signed a lot of paperwork declaring I would NOT talk about my work at all, but suffice it to say I work as a GIS Tech for a fruit based company.

From field monkey to desk jockey in a few short months. It’s a good entry level gig that pays well and will provide a respectable stepping up point in the end. Living here in Silicon Valley, however, has been a test of epic proportions. This place fucking sucks droopy, drippy donkey balls from the back side. One massive suburb packed to the gills with some of the most clueless assholes on earth. While a few small gems exist, getting the fuck out of dodge on a regular basis is the way I stay sane. Or hiding at home, whichever. 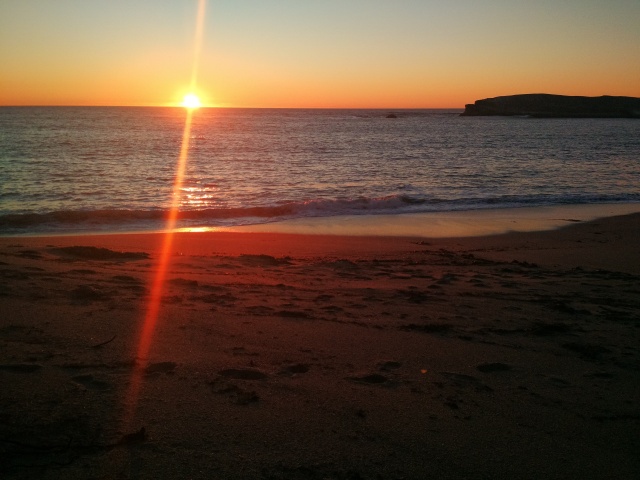 This kind of stuff is close by which helps. I get a good hike in almost every weekend and there is a surprising amount of open space around here for the population. Access to the open spaces is rather good so a trot in the wilds is never really to far away. I live in Cupertino which is Spanish for “Holy shit, there are a lot of Asians living here!” And, true to stereotype, the driving skills here are the tops.

You may have noticed I added my Instagram feed to the side of this thing so if you want to check out some photos of my adventures, they’ll be there.

As far as riding goes, there is precious little dirt anywhere near here so some more street friendly tires are on Thumper for blasting around the steep windy roads in the Santa Cruz mountains to my immediate SW. Lots of good turn burning if the guy with big money in the Porsche in front of you has any driving skills. There are plans to go further abroad for riding entertainment, but training for the cert has taken up a good deal of my time. And it’s been rainy as hell. The fun/scary part of riding here is that this:

Is legal. HOLYSHIT!! IF you want to test your medal, ride between 2 rows of traffic on a freeway at 55 mph. I rarely take 85 to work as it is a goddamn parking lot, surface streets are quicker and easier. Also feel a tad safer for lane splitting. A tad. The payoff is that I get to pass up that long line of 60 cars to the stop line, then blast off when the light changes. Takes me 15 to 20 minutes less to commute by bike than car. Plus the adrenaline dump makes that second cup of coffee unnecessary. Most folks seem cool with it and make room when they see you coming down the aisle. I’ve only had a couple fast brake grab moments. Glad I put on new brakes.

The big picture is that it’s goddamn lonely here. Haven’t found a way to meet people despite a good deal of work at it and have settled into a routine of work, workout, and get outside. Did some exploring in Mountain View and Campbell yesterday and discovered they actually have down towns and each has a sweet used book store. Plan to spend non play days kicking it in either place to get a little exposure to other humans.

That’s it for now. Brain hurts, but wanted to get something down here to maybe inspire more of the same. Not bitching, writing.

Cali sucks, but it could be a whole lot worse. Life is good.