After 8 straight days of popping awake, grabbing a quick cup of coffee while packing, crawling into horrifically stinky riding gear and hammering down the road for 4-500 miles, it’s delightful to be sitting in a Starbucks in shorts sipping coffee and typing.

The northern detour part of the east/west trip was mind blowing and exhausting. Having done a lot of travel in remote areas of the US, I’d have to say the run up through BC to Yellowknife and back takes the cake for middle of fucking nowhere. Gloriously so. Through much of the interior western US you still get frequent signs of civilization: power lines, fences, a small homestead now and again. Once we got north of Ft Nelson it was easily 500 miles of nothing but a sketchy gravel road between tiny little settlements you hoped had gas. The north is so verdant and lush it was often difficult to see much beyond the tight edge of the “road”. Now and again a break would open up and treat me to views that blew my mind. Endless miles of stunted black spruce, lodgepole pine, mixed conifer forest and marshy lakes highlighted with an endless blue sky. Signs of past massive wildfires were everywhere, often miles of burned black spruce lined the road and ran back to the edge of the horizon. 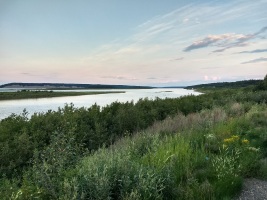 Much of the haul is jumbled in my head as there was little time to chill and take it in. Brad had a limited window for the trip and covering 3500 miles (half gravel) in 8 days necessitated hard riding and very long days. I’m looking forward to easing back to the flow previously set in the beginning of the ride. So much to see that I don’t want to miss. Road trips as a kid were the classic look out the window while dad hauled ass to get wherever the hell it was that needed to be gotten to, destination travel. Being a journey type in my adulthood has paid off, allowing me to experience a great deal even on short trips.

Yellowknife was a great surprise as a few of the remote towns we had hit along the way were methy and a little gross. Well, mainly Prince George, BC. Total shithole. Ft Nelson was a delightful surprise much like YK. It’s a very culturally diverse, open minded, and rather sophisticated little city for being a long way from anywhere. Of course we couldn’t stop at hitting the city and took a day to run out the Ingraham Trail which goes 50 miles out into the boonies and stops at a lake. During the warmer months, anyway. In the winter it is one of the many Ice Roads utilized to reach very remote villages and settlements only accessible by plane otherwise. This particular spot was made famous by being the featured road in the first season of the “reality” show Ice Road Truckers.

Spent the rest of the day checking out the tourist sites, coffee shops and a spendy, but worth it, funky restaurant for crazy good fish and chips. Then a chill evening at camp followed by the long hard grind back to Calgary. 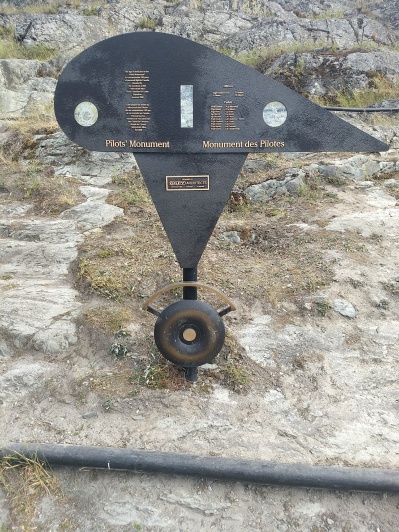 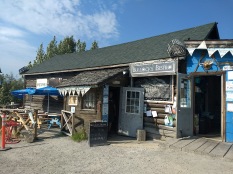 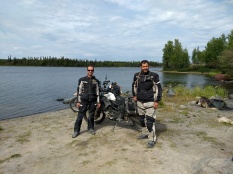 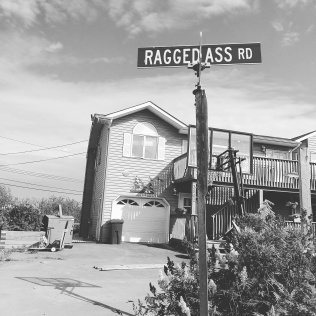 Signs and warnings about wildlife were abundant, actual wildlife, not so much. Saw a few deer, a black wolf, 3-4 black bears, a few dozen bison and a cute little red fox trotting down the side of the Ingraham Trail with a muskrat half it’s size in it’s mouth. Didn’t get photos of much of it as it was either seen on the side of the road while blasting by or, well, only dumbass retard tourists stop in the middle of the road to take photos of bears, bison and other things that can kill you. Besides, mental images and memories are better than photos. Wanna see a wood bison? Go to where they live. Vicarious experience is OK in little doses, but if that’s all you get a change in priorities is needed. That being said, a couple shots got taken:

Is there something behind me?

Being poor white trash, I headed out initially accepting I couldn’t get the bike to 100% before the trip without spending too much cash, so some replacing would need to be done along the way. Get my money’s worth out of everything. Tires were done in Calgary and it became apparent halfway through the YK haul that the drive train would be next. Had a year and over 10k miles on it so no surprise, but still stressful to watch your rear sprocket degrade at an ever increasing pace knowing it was still a long way back. Thankfully, a little adjusting of the chain and begging the gods of moto travel for mercy paid off and I rolled in with little nubbies for sprocket teeth.

Parts were ordered from the road and should show up today or tomorrow so I can get Thumper fixed up and head out on the next phase of the haul.

Weather tended to be pretty good with occasional rain for the run up, then got very mixed and funky on the way back down. Got drenched and hammered with hail by this asshole storm cell:

Then as we finally rolled into Edmonton the clouds looked ominous, but I figured we could swing by and be OK, but that soon proved in error and we dove under an overpass within seconds of a rain/hail/wind squall slammed into the area causing traffic to go bonkers:

The image doesn’t do it justice. Cars just stopped in the middle of the freeway and semis dodged them with an artful skill. Amazing that no one got hit. Ended up grabbing a hotel as we had ridden 600 miles already, Calgary was 3 hours away and we were soaked and exhausted. Good call.

Lack of sleep was a constant thing as we were rather north and it never got dark. This is 2330 about 800 miles south of our furthest north location 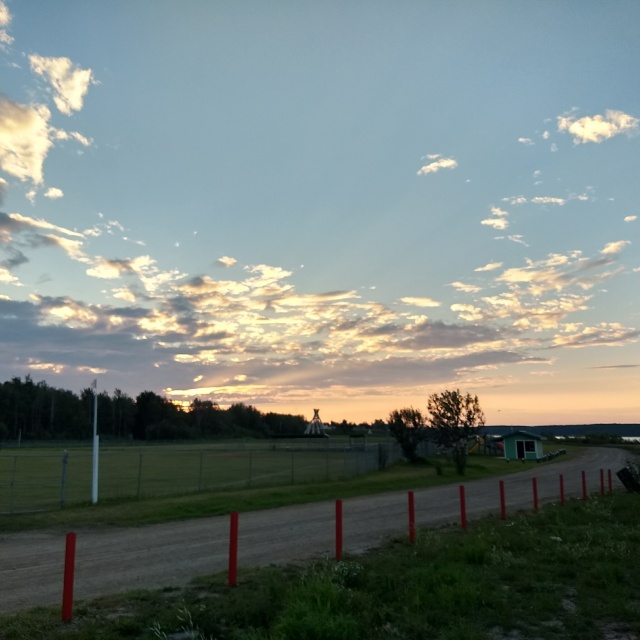 6-7 hours a night with regular little wake-ups kept the brain foggy, but wasn’t too hard on the mood. Mosquitoes were a concern going in and while dense everywhere, they weren’t very aggressive. Got plenty bites, but the bug shirt and hat were unnecessary. A good spritz of bug dope kept them at bay and allowed for plenty outdoor time. Only once camp in BC was bad so we hunkered in the tents after dinner and stared at phones and read.

Time to get my butt in gear, looks like my parts will be in today. I’ll be trying to do more frequent, shorter posts to get the stuff out of my head in a more coherent manner. Honestly, this is done for me. I’m glad the few people who read this seem to enjoy it, but it is done mainly for sanity maintenance.

Hope y’all are getting the most out of your summer.